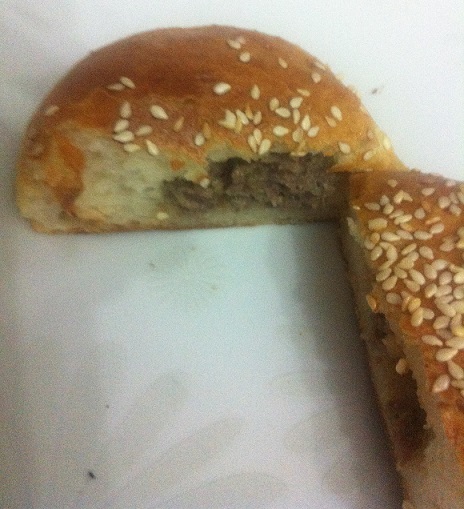 Friday, morning, three weeks into my diet. Three weeks where I see a variety of breads, Challahs, buns a cakes galore daily in various online forums… So I reached a breaking point and got in the kitchen to improvise a sweetish dough, which I made into a braided Challah, a round Challah and some stuffed buns. Sometimes an improv turns out nice, sometimes it goes straight to the bin, and sometime, like this time, all the stars align and a new recipe joins my standard-recipe family. So here it is, my first made-up yeast dough recipe – Gluten*, and dairy free.

For a plain-flour version: Sweet Bun and Challah Dough In a small bowl, mix yeast with 1 tsp sugar and a little of the water, stir well and set aside for 5 minutes to froth.
In a large bowl, mix flour with salt.
Add remaining ingredients and knead well until you get a soft, springy dough (you can knead by hand or using a stand mixer) for at least 10 minutes!
Cover bowl with plastic wrap and towel, and let rise until dough doubles.
For two Challahs:
Remove dough from bowl and place onto well-floured surface.
Knead well until dough is not sticky, and can be shaped.
Divide the dough into 2 equal parts (weigh).
From each part create one Challah (whichever braiding you prefer).
Place braided Challahs on baking sheet, cover with a towel and let rise until they add 20-30% to size.
Mix glazing ingredients and brush Challahes well.
Sprinkle with sesame, poppy seeds, or whatever else you’d like (or nothing at all).
Bake in an oven pre-heated to 160C/320F until golden-brown. Let cool to room temperature before slicing.
For Buns:
With lightly-oiled hands, divide dough into equal-sized balls (80 grams each).
For Regular Buns:
Roll each portion into a nice ball.
For Stuffed Buns:
Flatten each portion in your hand (or using a rolling pin).

Place about 1 “pregnant” tsp of filling in the center.

Roll into a ball.

Continued Bun preparation:
Place buns on baking sheet, cover with a towel and let rise until they increase in size by 20-30%.
Mix glazing ingredients and brush buns well.
Sprinkle with sesame, poppy seeds, or whatever else you like (or nothing at all).
Bake in an oven pre-heated to 180C/360F until golden-brown. Let cool for a few minutes. 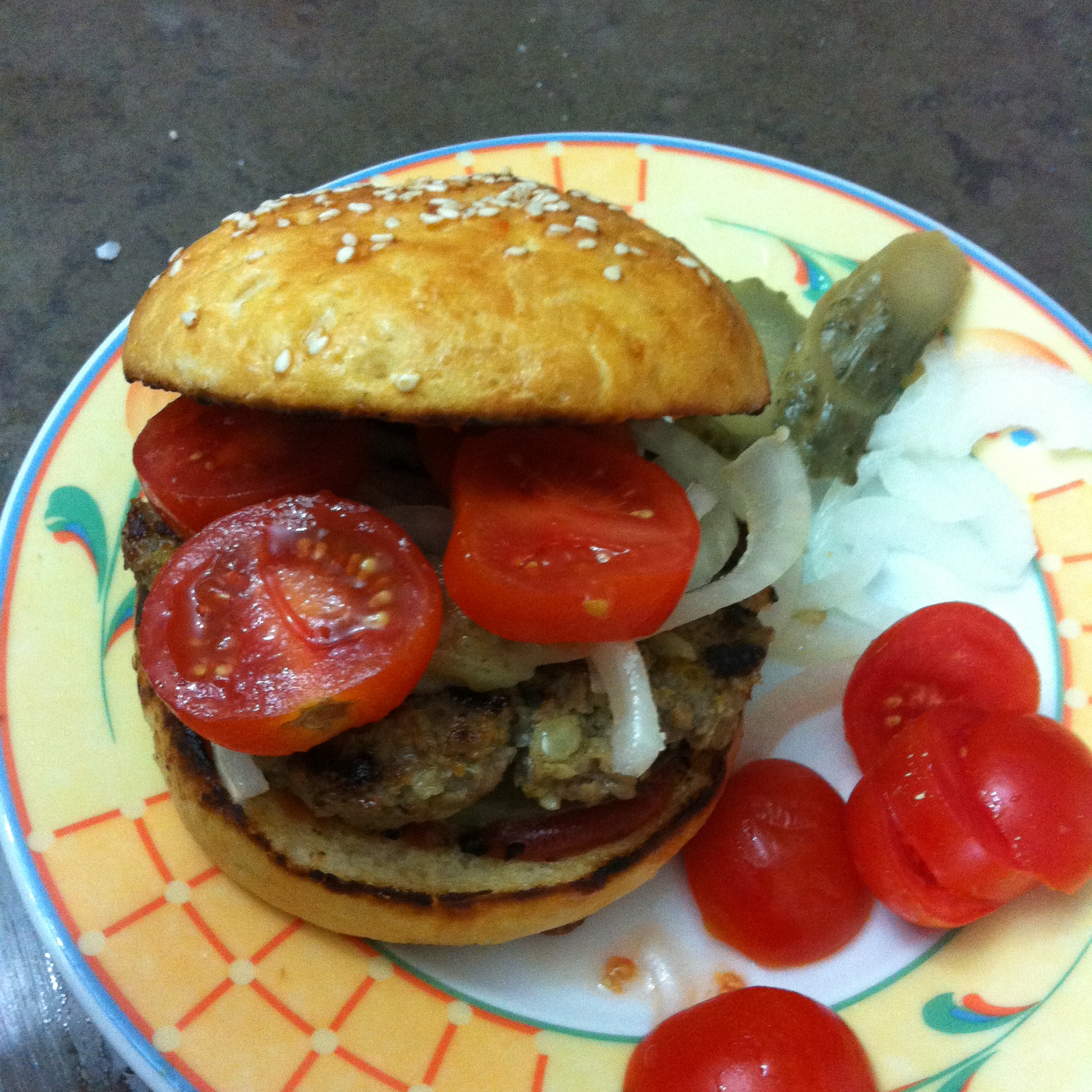 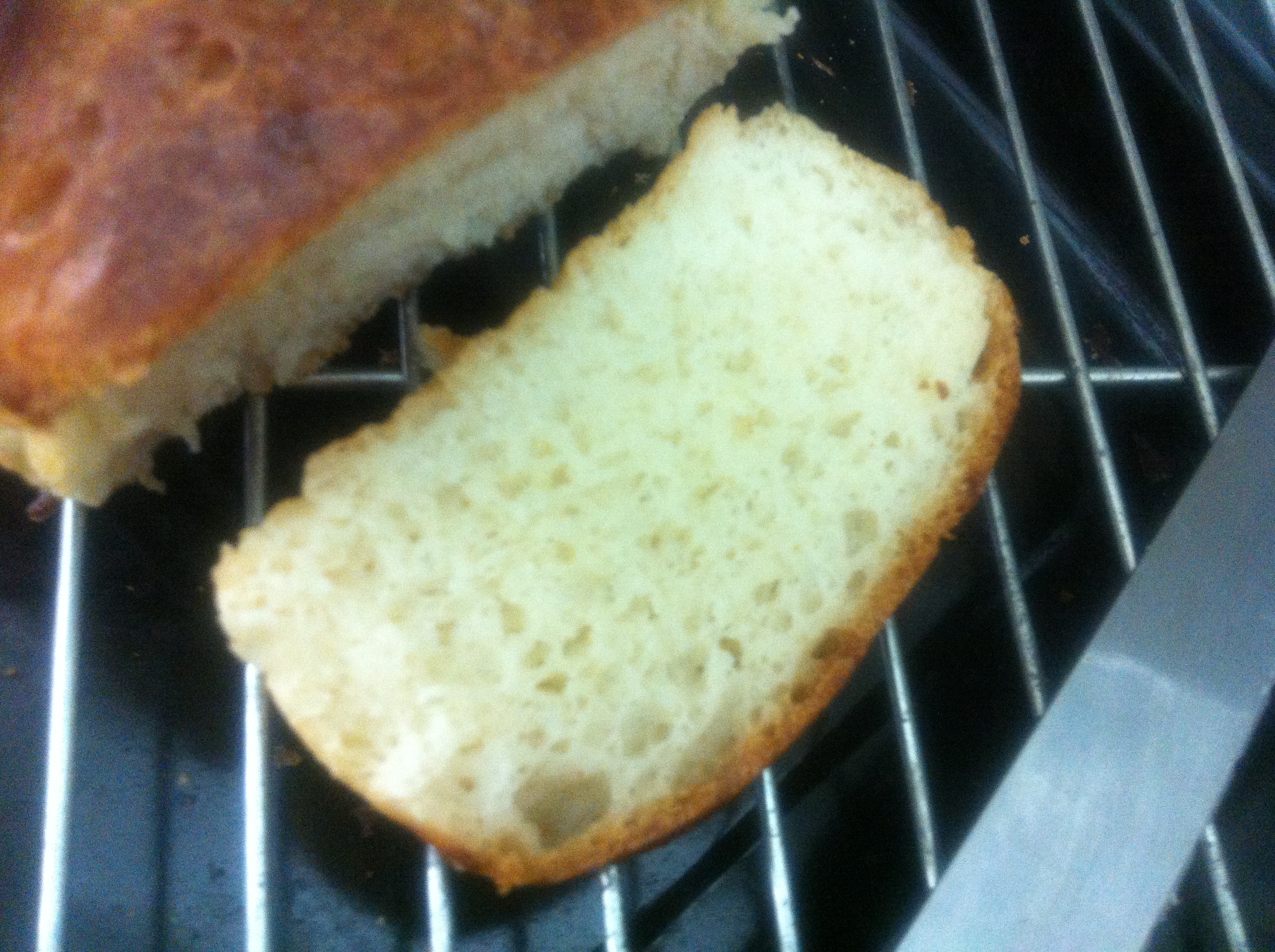